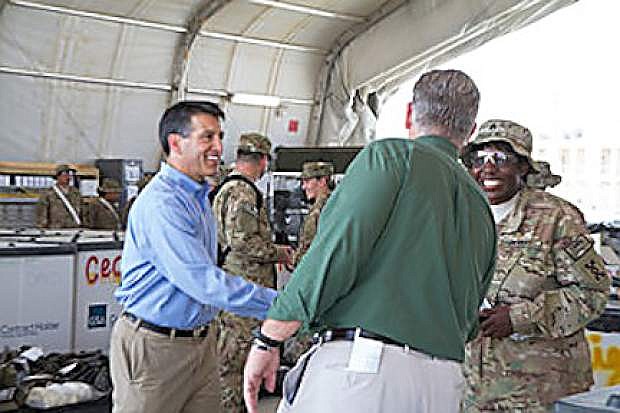 Governors Brian Sandoval, left, and Jay Nixon, Missouri, meet with a soldier in Afghanistan this weekend.