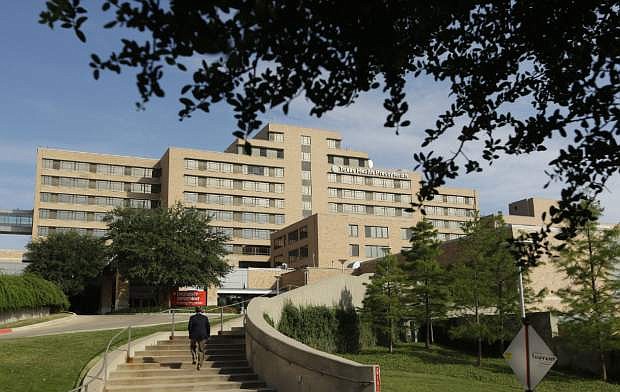 A man walks up the stairway leading to the Texas Health Presbyterian Hospital in Dallas, Tuesday, Sept. 30, 2014. A patient in the hospital is showing signs of the Ebola virus and is being kept in strict isolation with test results pending, hospital officials said Monday. (AP Photo/LM Otero)