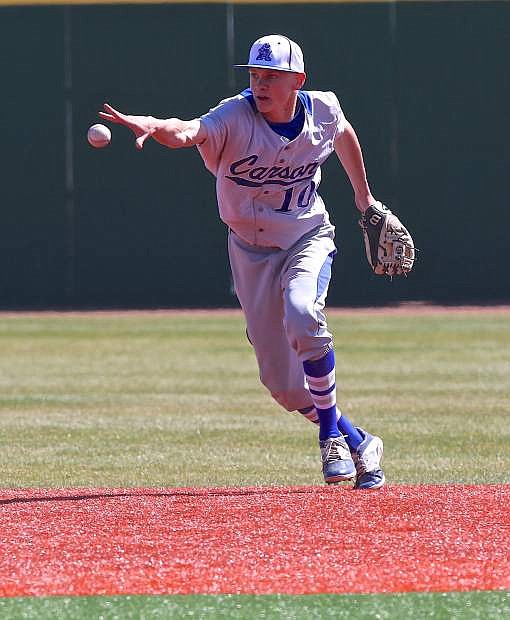 2nd baseman Connor Pradere flicks the ball to the bag in a double-play attempt Saturday at Bishop Manogue High. The Carson Senators beat the Manogue Miners 7-6.