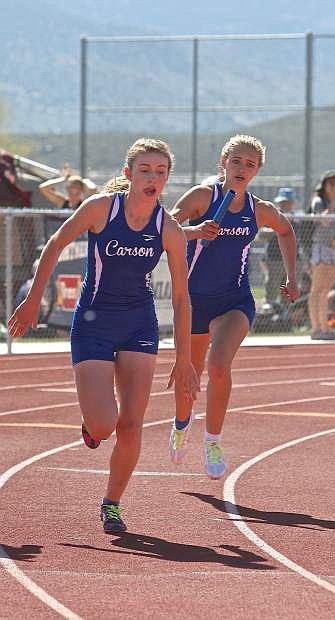 Junior Athena Favero prepares to give the stick to sophomore Valerie-Sue Meyer during the girls 4x200-meter relay in which Carson set a school record at 1:44.33.