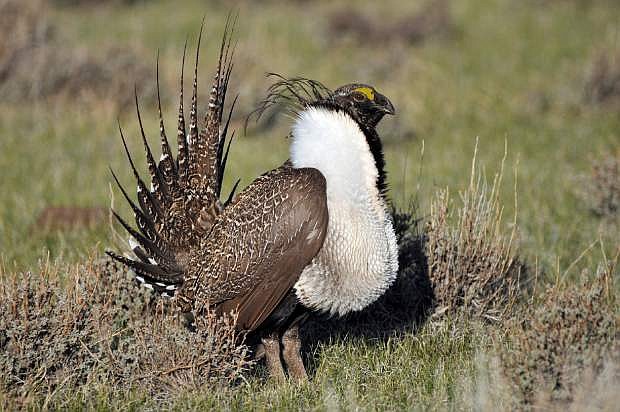 This March 1, 2010 photo released by the U.S. Fish and Wildlife Service shows a bistate distinct population of the greater sage grouse male struts to attract a mate at a lek, or mating ground, near Bridgeport, Calif. A bird found only in California and Nevada no longer faces the threat of extinction and doesn&#039;t require federal protection, officials said just months before a more-sweeping decision is due on whether to declare other sage grouse threatened or endangered in 11 Western states. (Jeannie Stafford/U.S. Fish and Wildlife Service via AP)