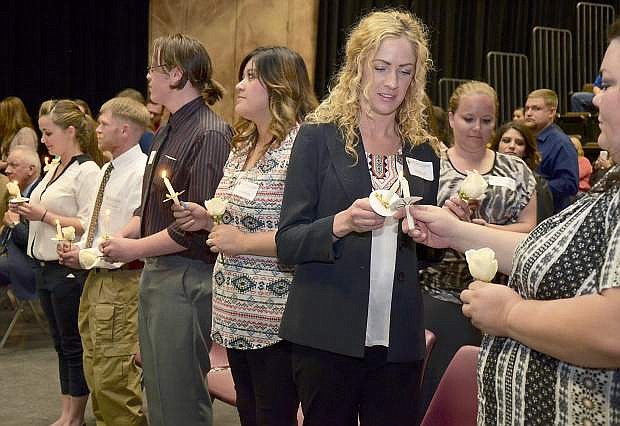 WNC students earned induction into the Phi Theta Kappa national honor society last week during two separate ceremoinies, one in Carson City and the other in Fallon.