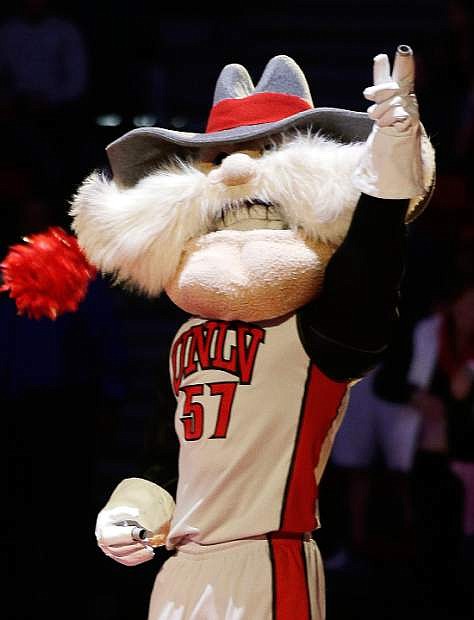 FILE - In this Feb. 1, 2014, file photo, UNLV mascot Hey Reb warms up the crowd before an NCAA college basketball game in Las Vegas. UNLV President Len Jessup says the school needs to keep &quot;Rebels&quot; as its nickname after new research concluded it is not a reference to the Confederacy. (AP Photo/Isaac Brekken,File)