Varsity basketball is ready to rise 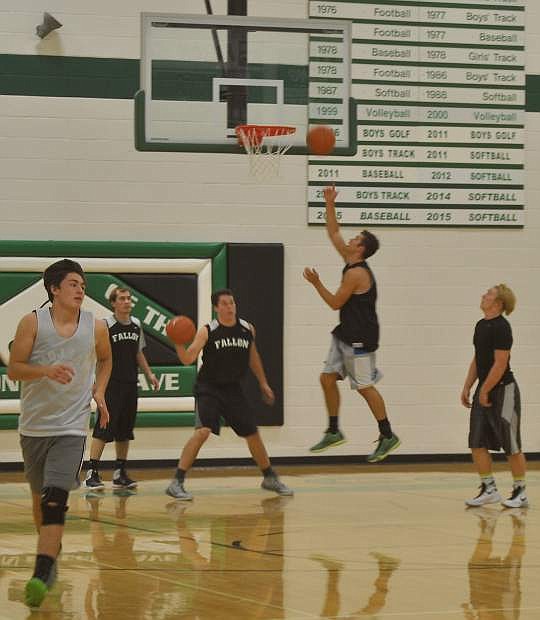 Connor Richardson, left, practices a post run drill with other members of the varsity basketball team.