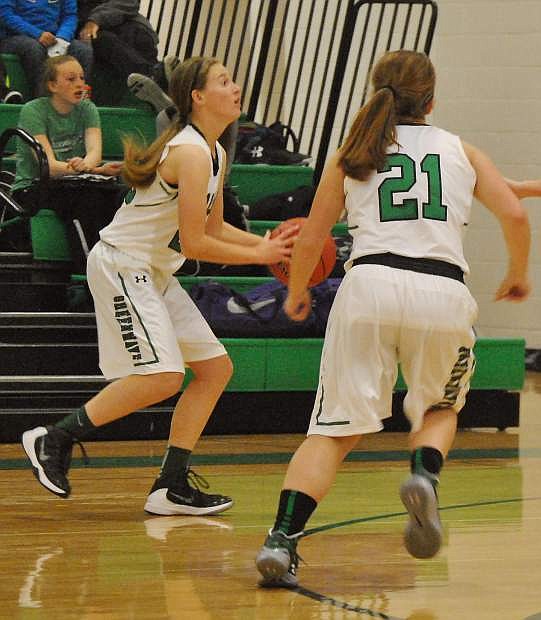 Fallon&#039;s Caitlyn Welch, left, and Zoey Swisher set up for a shot at the net in their first game of the season.