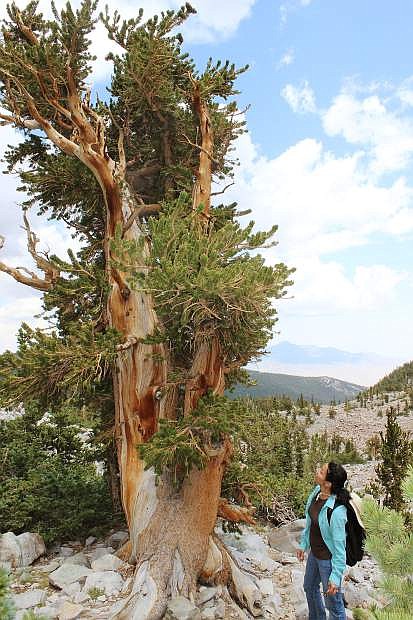 Bristlecone pine tree at Great Basin National Park, similar to one tragically cut down in 1964, which turned out to be the oldest living thing in the world.