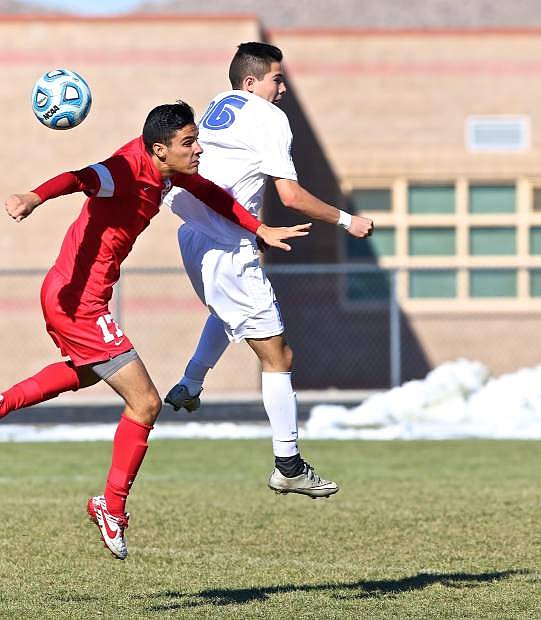 Junior Rogelio Herrera (16) battles a Wooster player during the Division I NIAA Boy&#039;s State Championship game at North Valleys High School Saturday. The Senators went on to win in overtime, 2-1.