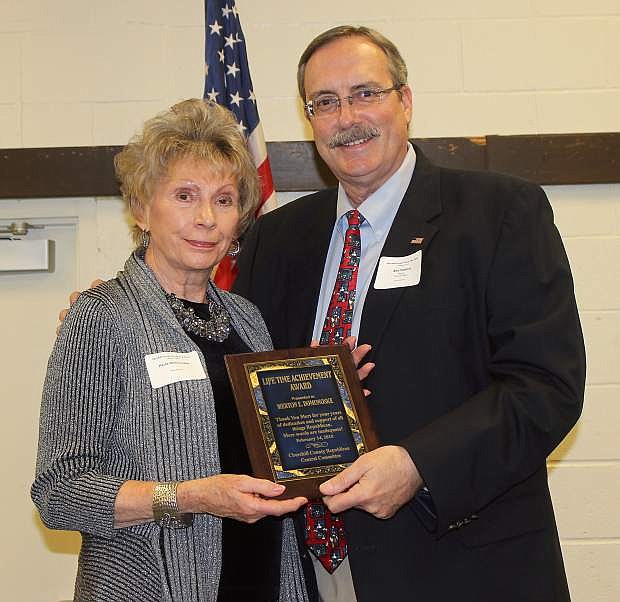 Maor Ken Tedford, Jr., right, presents a plaque to Paula Domonoske, who accepted on behalf of her husband Mert. Mert Domonoske, who is retired, served in the Fallon City Council and as mayor,owned his own business, belonged to numerous organizations and fought in World War II with the U.S. Army.