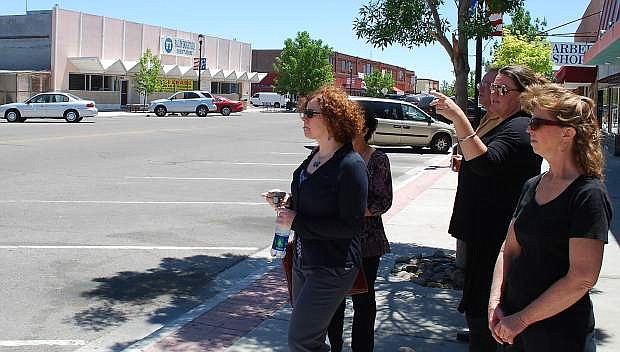 Rachel Dahl, second fromright, executive director of the Churchill Economic Development Authority, took a group on a tour of downtown Fallon in June. In the background is Kent&#039;s Market, a proposed site for a new food hub distribution center.