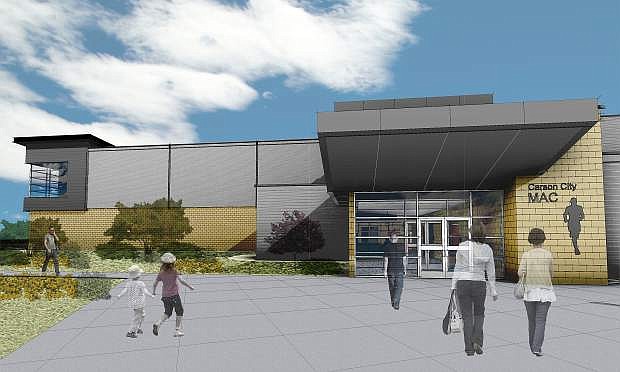 This rendering depicts the entrance to the multi-purpose athletic center.