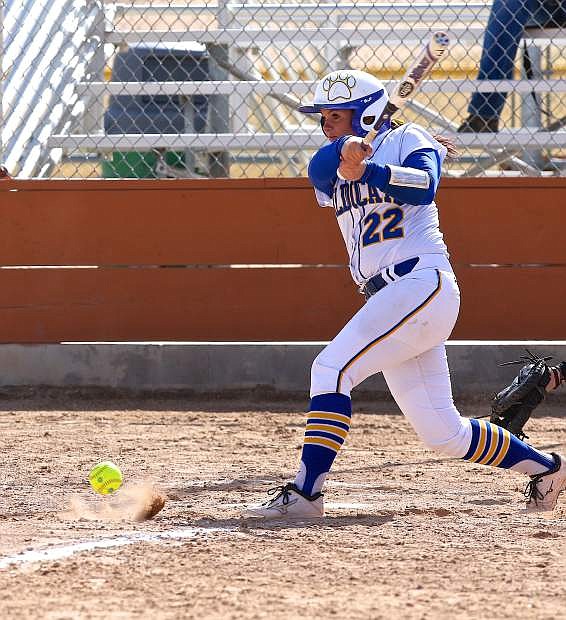 Wildcat Britni Greninger makes contact with the ball last sesaon in the second game of a tripleheader against College of Southern Idaho.