Driver still on loose after fatal wreck near Lake Tahoe 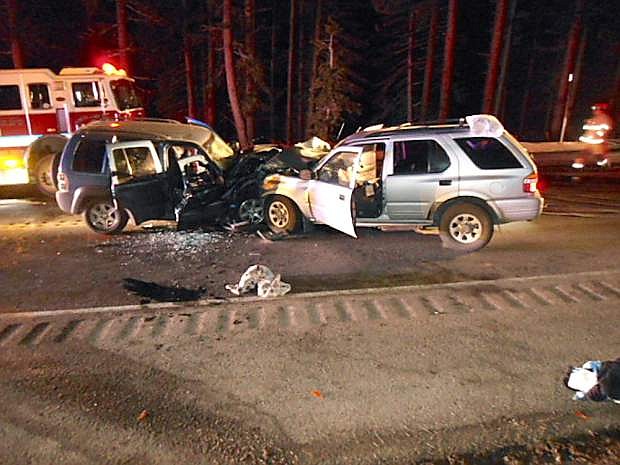 Officials investigate the scene of the accident Thursday evening on Highway 431 north of Lake Tahoe.