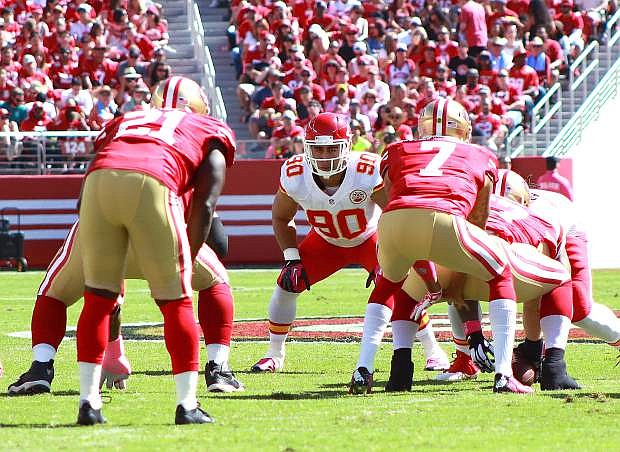 Josh Mauga (90) started his first full season at linebacker with the Kansas City Chiefs. Mauga was release by the New York Jets last winter, signed with the Chiefs and led the team with 103 tackles in 2014.