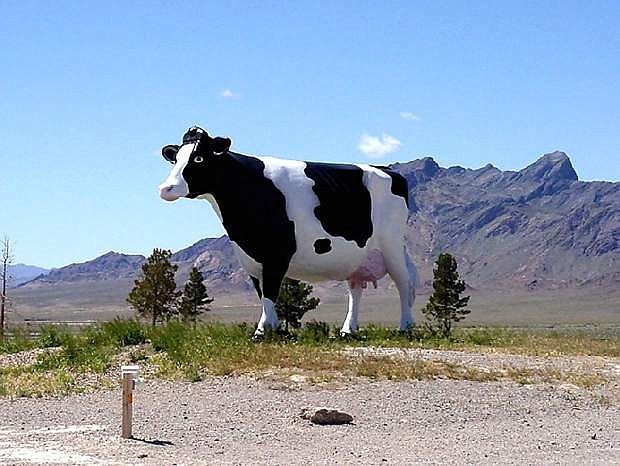 This giant fiberglass bovine, which once stood atop a Las Vegas brewpub, is an unlikely sight on Nevada State Route 373 in the Amargosa Valley.