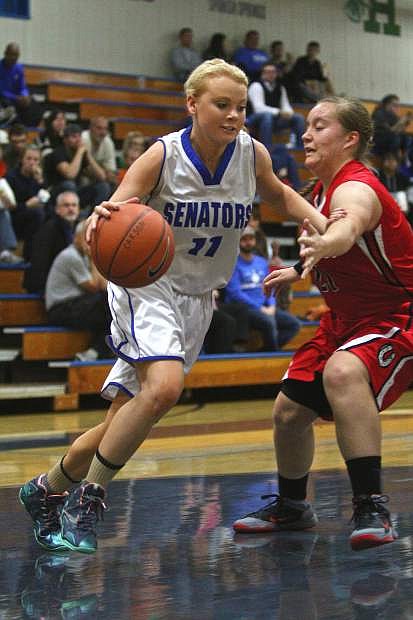 Senior power forward Kayla Aikins (11) moves past a Wooster player Friday night in a win against the Colts at home.