Carson gets help from expected and unexpected in consolation win 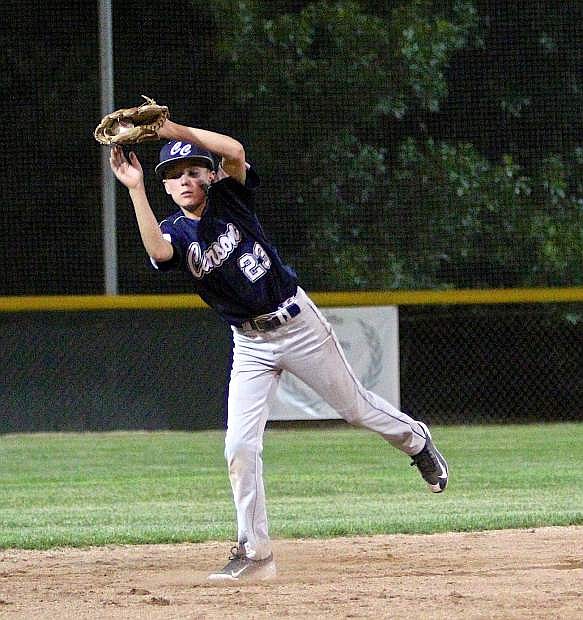 Carson 12&#039;s All-Star Eddie Tierney snags a line drive for an out against North Tahoe Wednesday night at Governor&#039;s Field.