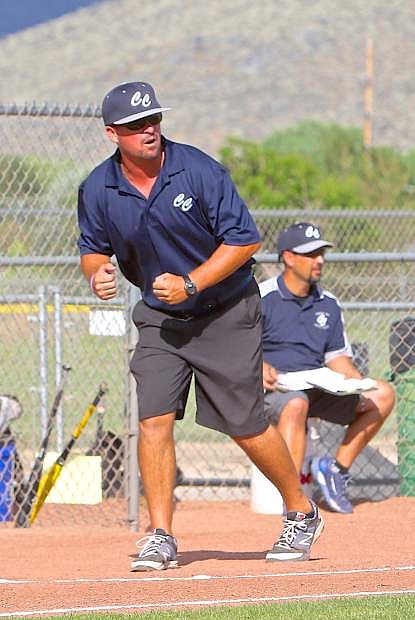 Coach Joe Tierney gives a runner at first a signal Friday afternoon during a game against South Tahoe.