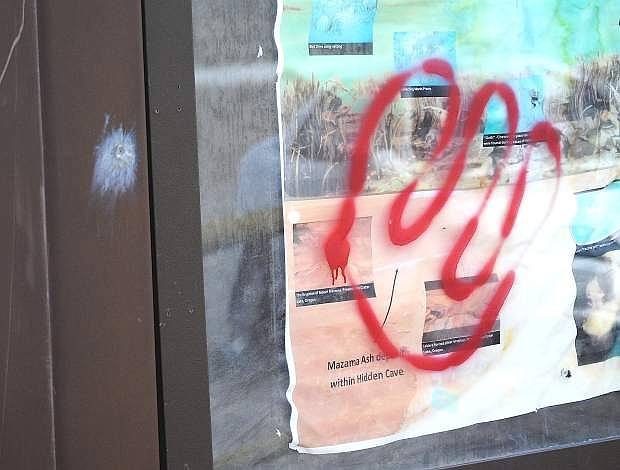 Justin Wayne McGilton, one of seven people convicted of grafitti at Hidden Cave, had his probation revoked on Tuesday and was sent to the Nevada State Prison. Spray paint and a bullet hole cover an information kiosk at the trailhead to Hidden Cave.