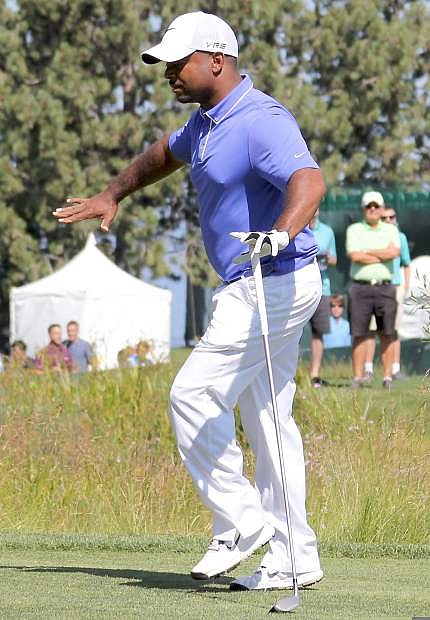 Alfonso Ribeiro busts a move prior to teeing off at the first hole on Friday.