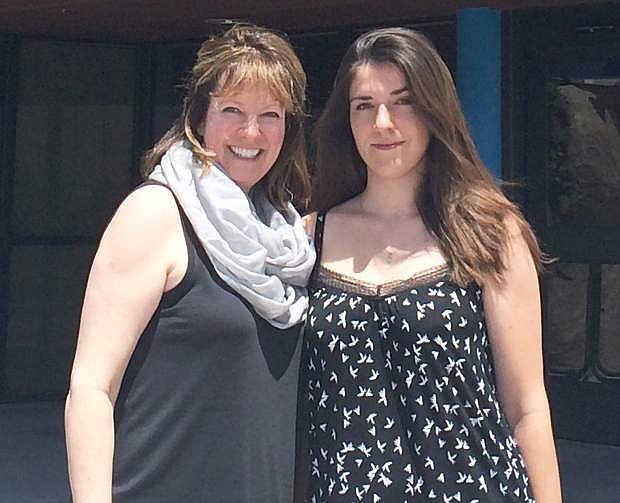 A French foreign exchange student visited Fallon for three weeks and partnered with Western Nevada College for an internship that allowed her to learn about the United States school system. From left are Director of WNC Sherry Black and Beryl Michalak.