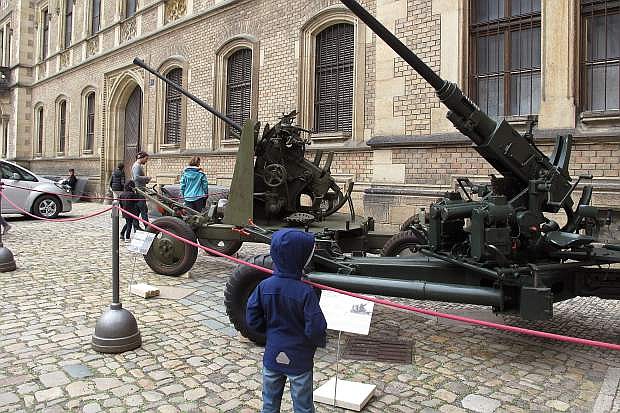 A small boy examines Czech Army WW II anti-aircraft canon displayed outside Prague Castle throughout 2015 to commemorate the 70th anniversary of the end of the war.