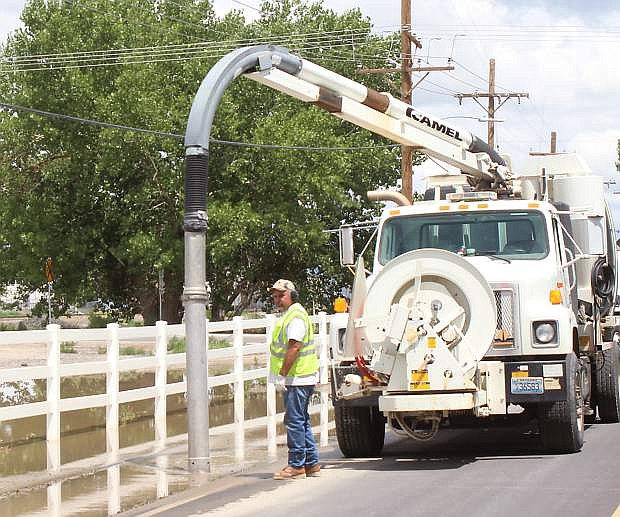 City crews pumped watr out of low-lying areas on Wednesday and Thursday because of heavy rains that pelted Churchill County.