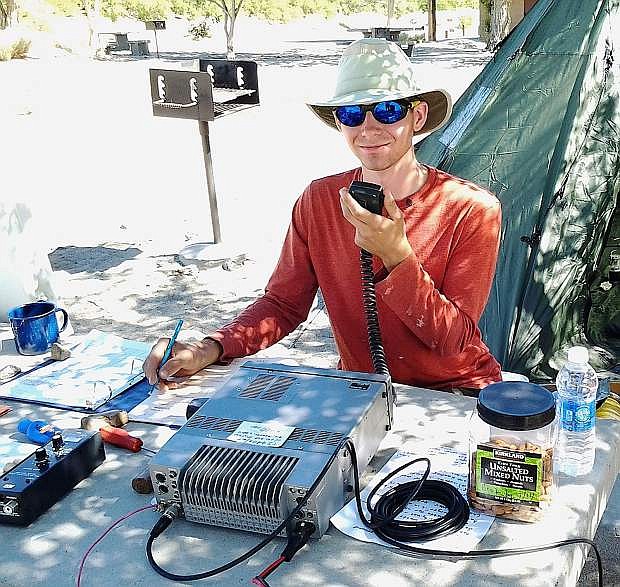 Bobby Clifford hones his skills in preparation for a nationwide amateur radio contest for operators.