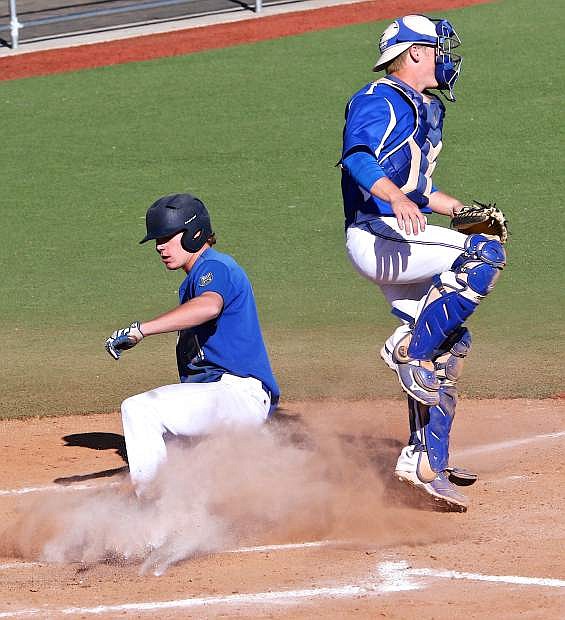 Broagan Secrist slides past the Salt Lake catcher to score the 2nd run of the game for the Wildcats Friday.