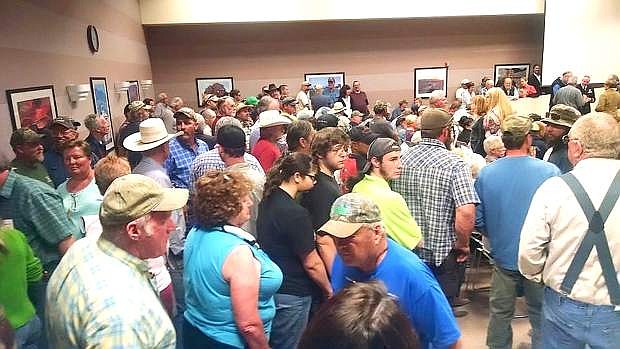 Concerned residents packed in the commission chambers Thursday night to voice their opinion regarding the Bureau of Land Management&#039;s Resource Management Plan.