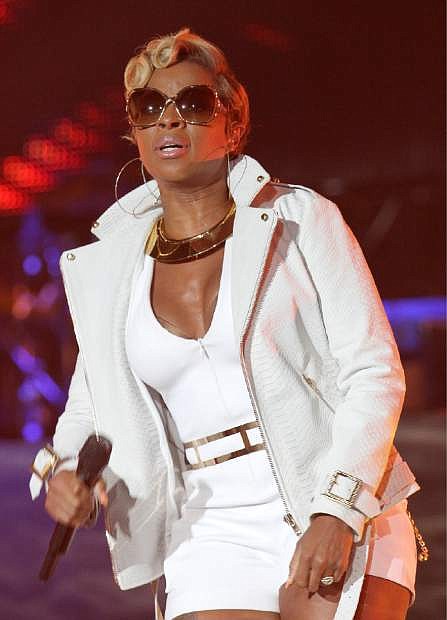 FILE - Mary J Blige is seen performing on stage at the 2014 Essence Music Festival Concert - Day 3 at Superdome in this July 5, 2014 file photo taken in New Orleans, La. Blige performed for a feverish crowd Tuesday night March 17, 2015 at the Samsung Supper Club _ an event not sponsored by South by Southwest and another sign of unofficial concerts rivaling the festival when it comes to pulling big-name acts. (Photo by [Donald Traill/Invision/AP)