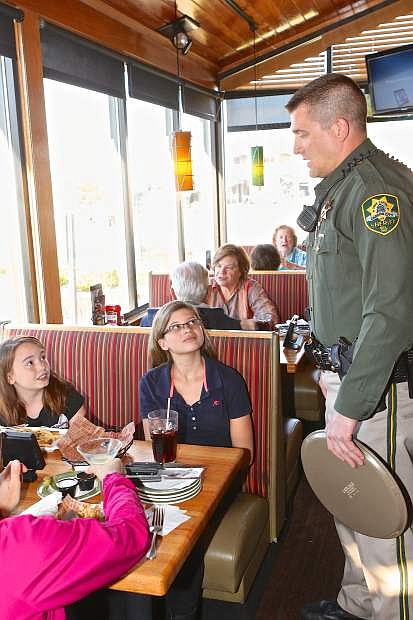 Deputy Christopher Lotz takes a drink order from Delaney Bertrue, 10 and her sister Ashley, 14, at Applebee&#039;s in Carson City Thursday evening. Proceeds from the Deputies&#039; efforts will benefit the Special Olympics.