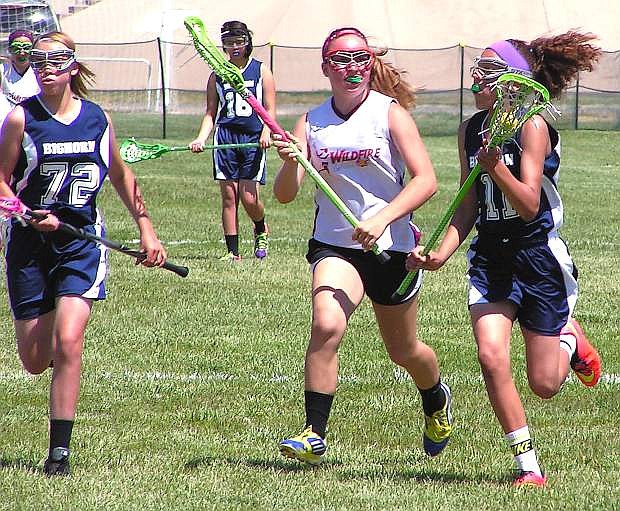 Madie Whitaker, right, and Emily Giovanetti run toward the goal during the Bighorns&#039; 9-8 loss to Reno. Whitaker scored all eight goals for Oasis.