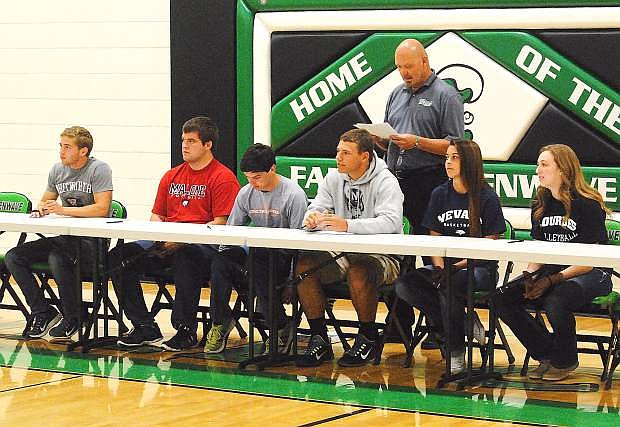 Churchill County High School Athletic Director Brad Daum reads the bios for, from left, Cameron Kissick, Cody Stadtman, Nathan Heck, Joe Pyle, Ali Tedford and Evan Matheson on Thursday at the Elmo Derrico Gym. The seniors will all compete in their sports in college next year.