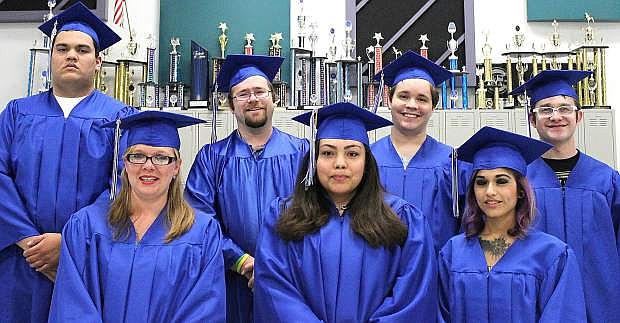 Students from the Adult Education Diploma Program get ready to walk to the stage and to receive their diploma. Back left are Ryan Wiersma, Michael Wegner, Alan Soles and David Jackson. Front from left are LaDonna Gaines, Melissa Miles and Bianca Castillo.