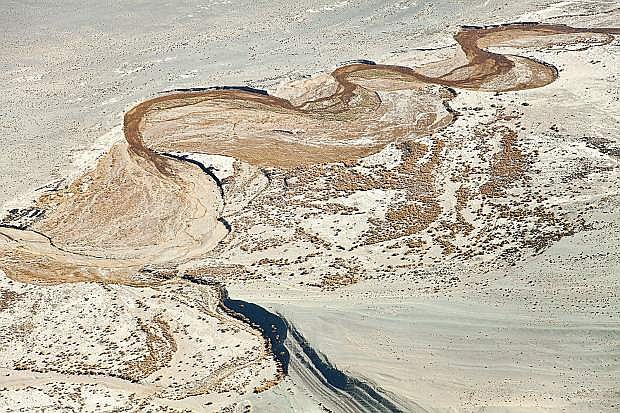 Shown is the Walker River, near Shurz, Nev., a photo taken in November by Nolan Preece, whose exhibit is closing at 3:30 p.m. today at the CCAI Courthouse Gallery.