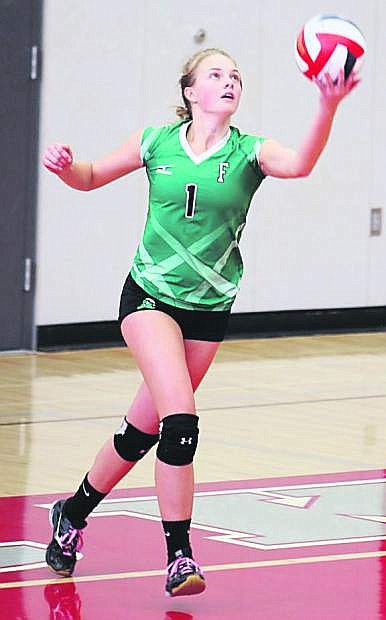 The Wave&#039;s Whitney Skabelund serving in their semi-final match on Saturday against the Wolverines.