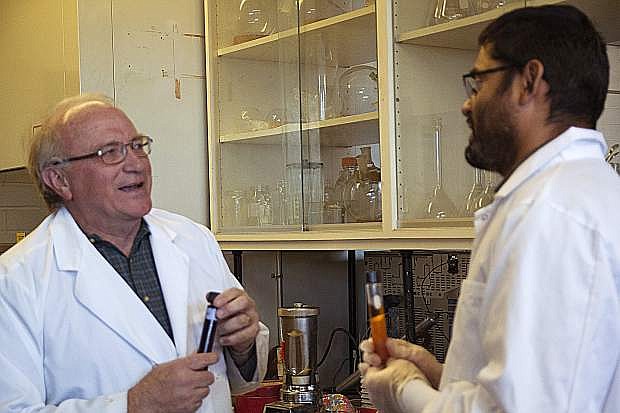 Glenn Miller and Bishnu Neupane holding the final biofuel product based on the gumweed plant. The fluids in the tubes have been diluted at different levels and are being examined in the labs at the Applied research Facility at the University of Nevada main campus.