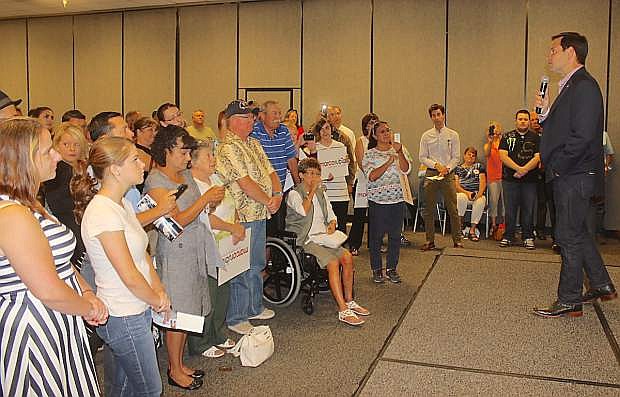 Marco Rubio addresses a rally at the Fallon Convention Center.