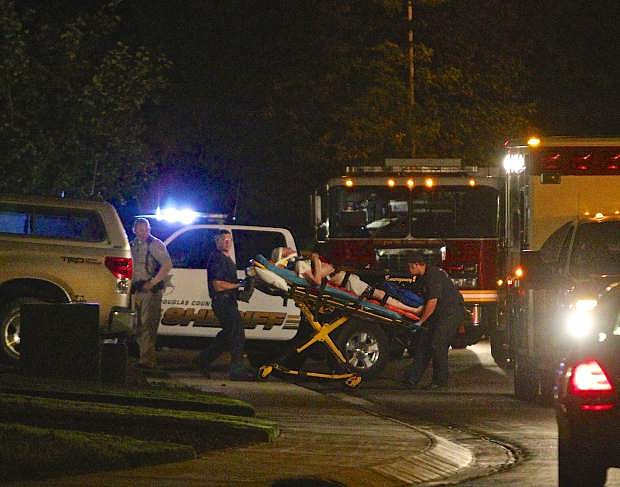 A person is wheeled out of the house on Edlesborough Circle Tuesday night in Gardnerville after a standoff ended peacefully.