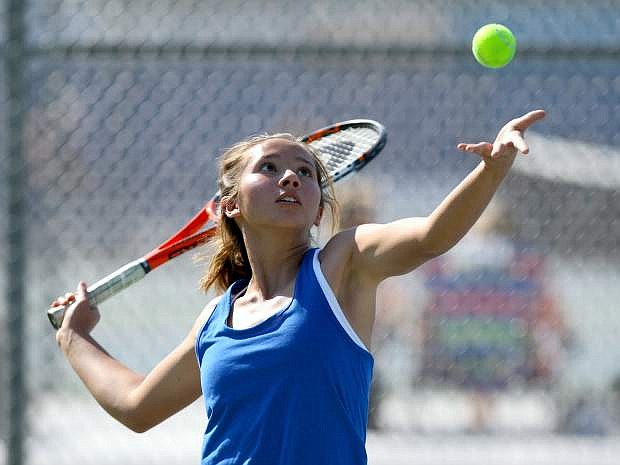 Singles player Anya Woodbury serves in a match against Douglas on Tuesday.