CHS unlocks the key to victory versus Hug 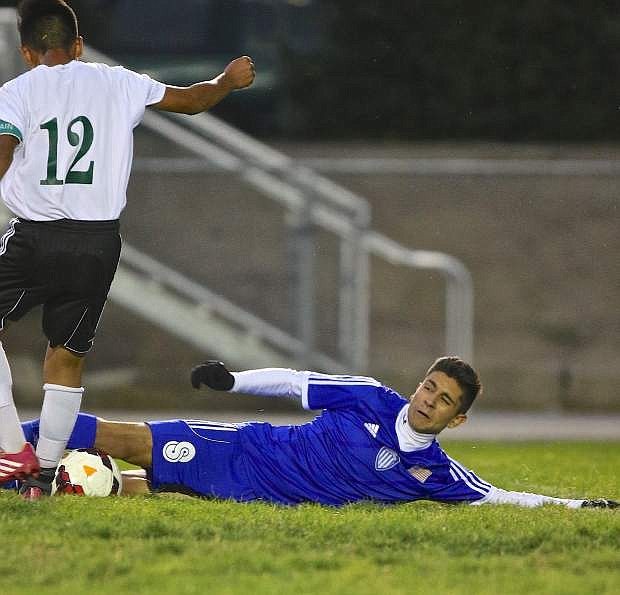 Carson&#039;s Alejandro Gonzalez slides to steal the ball from a Hug player Wednesday night in Reno.