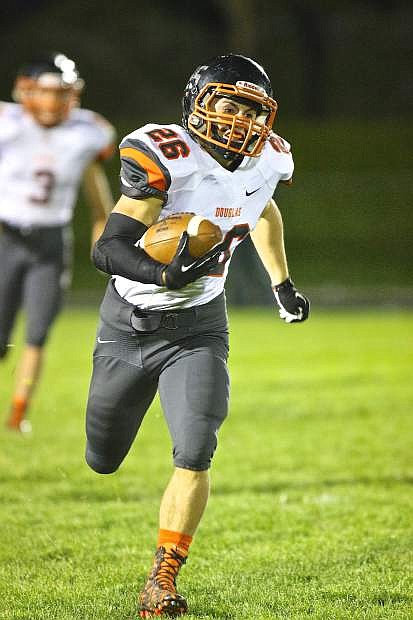 Douglas junior kick returner Dawson Coman nearly breaks a return in the 2nd half in a 40-35 loss to the Hug Hawks in Reno.