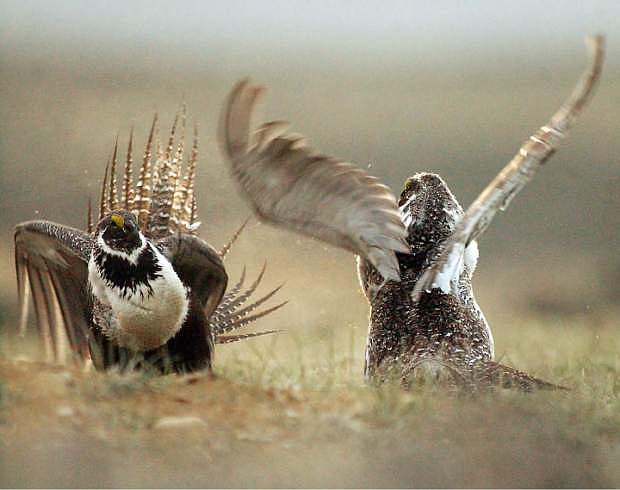 FILE - In this May 9, 2008 file photo, male sage grouses fight for the attention of a female, southwest of Rawlins, Wyo. The ground-dwelling bird, whose vast range spans 11 Western states, does not need federal protections, the Interior Department said Tuesday, following a costly effort to reverse the species&#039; decline without reshaping the region&#039;s economy. (Jerret Raffety, Rawlins Daily Times via AP, File)