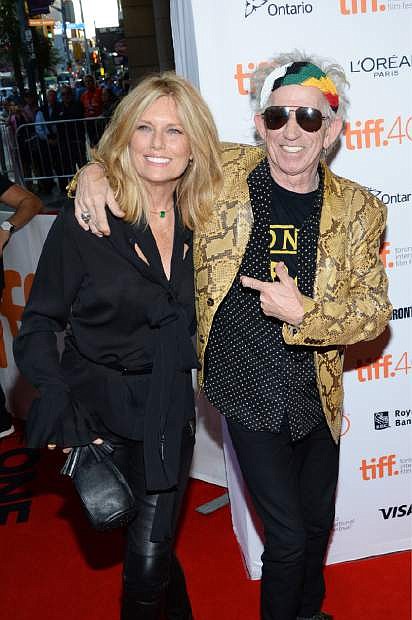 FILE - In this Sept. 17, 2015 file photo, Keith Richards, right, and his wife Patti Hansen attend a premiere for his film, &quot;Keith Richards: Under the Influence&quot; at the Toronto International Film Festival in Toronto. Richards also released an album, &quot;Crosseyed Heart,&quot; on Sept. 18. (Photo by Evan Agostini/Invision/AP, File)