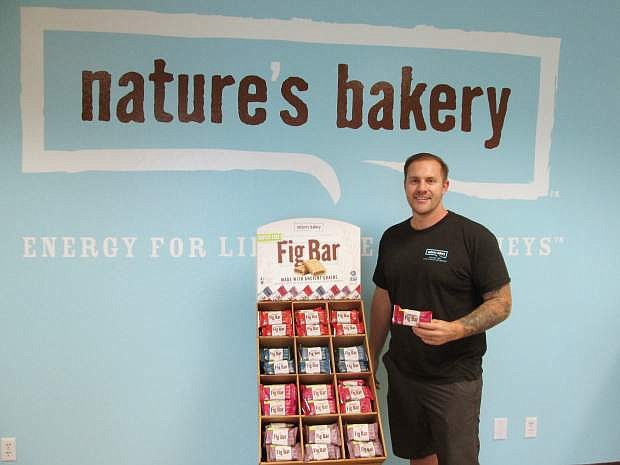 Sam Marson at the reception area of the company&#039;s warehouse. Fig bar samples are always on offer for visitors.