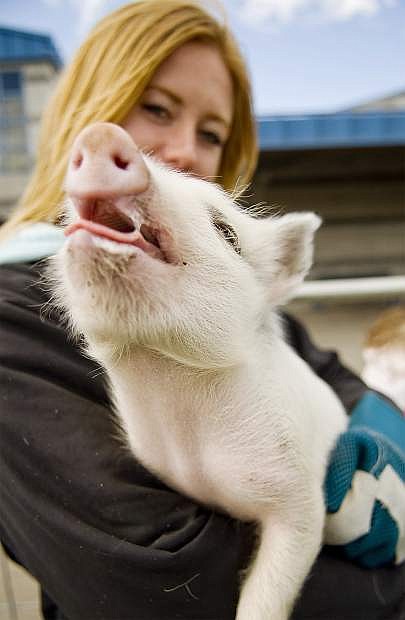 Rachel Andersen, from a local farm, shared her pig, Piggly Wiggly, and her calf with students at Fremont Elementary School as part of the annual cow plop fundraiser.