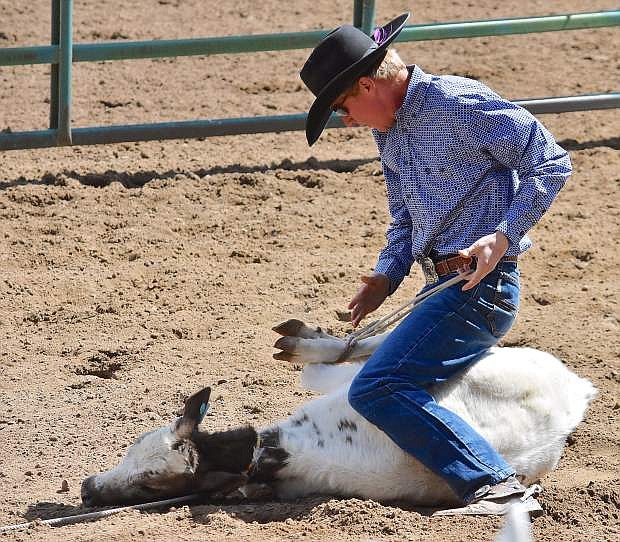 Jes Tews competes in the tie-down roping at the Douglas/Carson High School Rodeo.