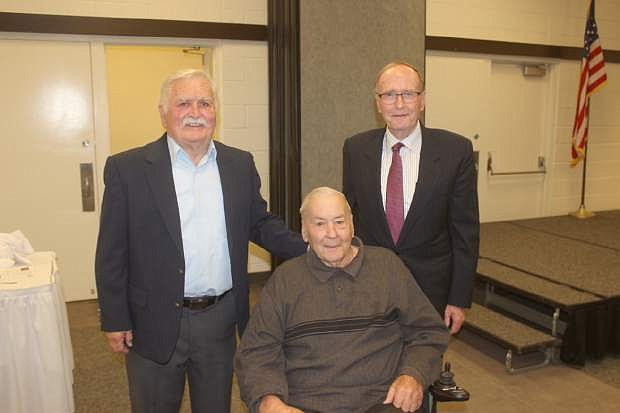 Former U.S. Sen. Richard Bryan meets with close friends from when they al lattended the University of Nevada, Reno in the late 1950s. Bryan was in Fallon for the annual Churchill County Democratic dinner, now known as the Sayer-Bryan Dinber.From left are Roger Bremner, Don Travis and Bryan.