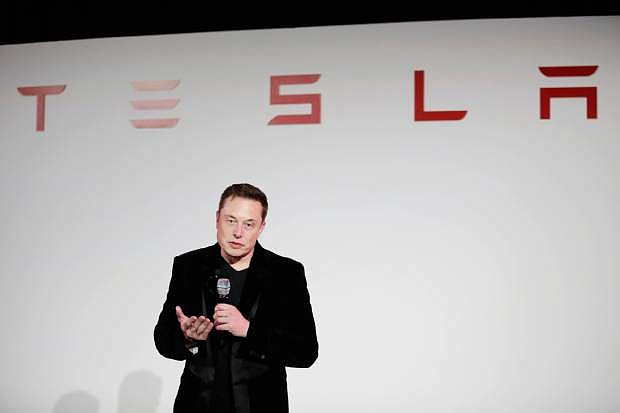 FILE - In a Sept. 29, 2015 file photo, Elon Musk, CEO of Tesla Motors Inc., talks about the Model X car at the company&#039;s headquarters, in Fremont, Calif. On Monday, Aug. 1, 2016, Tesla and SolarCity announced they have entered into an agreement under which Tesla will acquire SolarCity. Tesla will pay approximately $2.6 billion for solar panel maker SolarCity in an all-stock deal. (AP Photo/Marcio Jose Sanchez, File)