The business of food production flourishing in Nevada 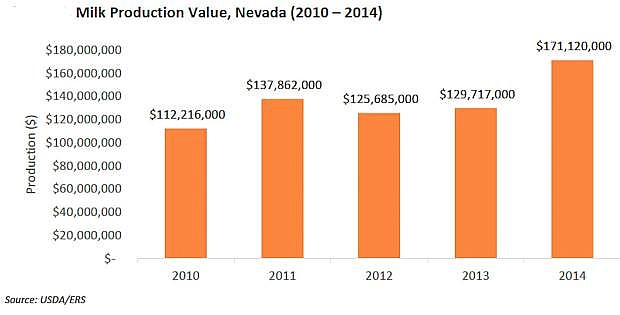 Milk production in Nevada has grown by 33 percent over the past decade, to 690 million pounds in 2014. Nevada&#039;s dairy and milk production in 2014 was estimated at $170 million, or 28 oercent of the total Nevada livestock production.